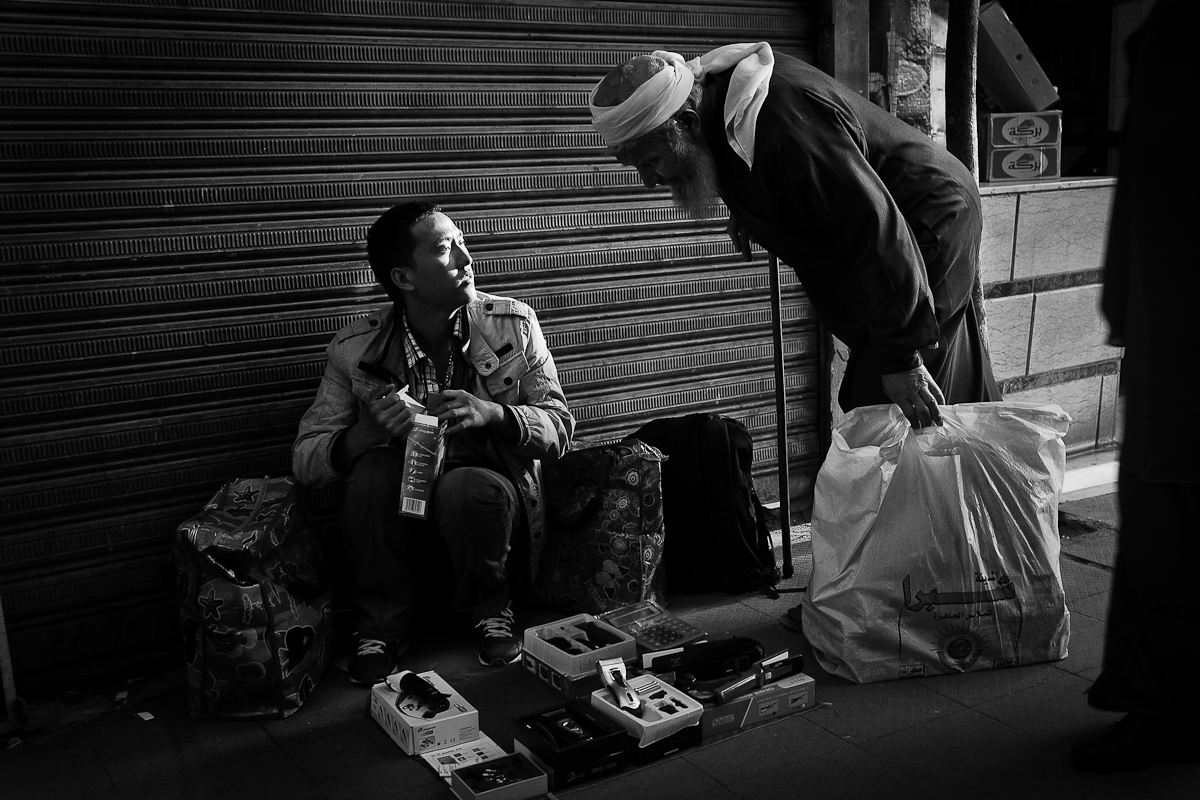 CAIRO, EGYPT - FEBRUARY 10: Li Ming, an illegal Chinese migrant worker sells blowdryers, cellphones and tasers on Tahrir Street despite the unrest just a block away on February 11, 2011 in Cairo, Egypt.

Selling everything from plastic jewelry to fake iPhones, illegal migrant workers came to Egypt specifically in an effort to send money to their families back in China. Unfortunately, in light of the Egyptian uprising, this in itself has been a struggle for this community.