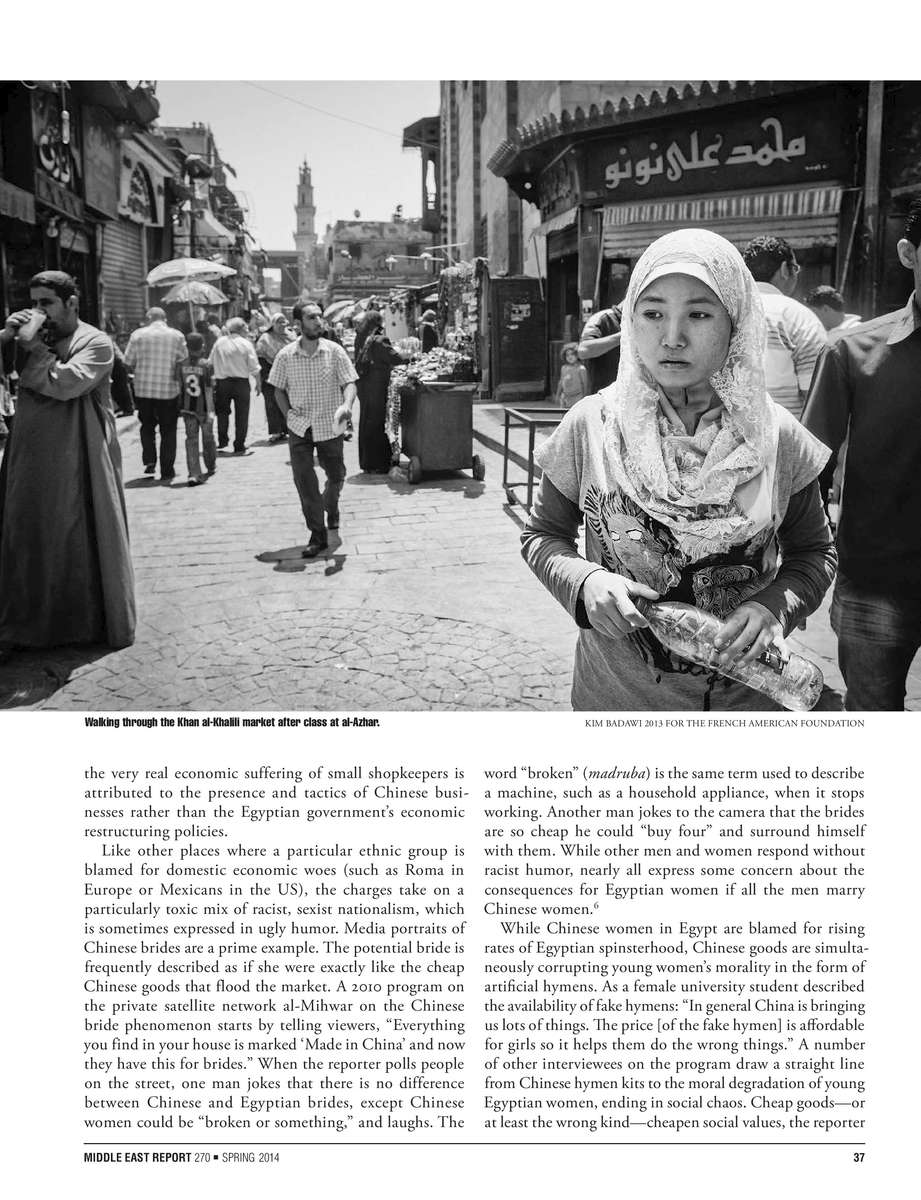 CAIRO, EGYPT - MAY 3 : Titi Zhang, who goes by her Muslim name of "Hagar" , walks thought the Khan el- Khalili market after class at the prestigious school of Al Azhar on May 3, 2012 in Moalin el Ara, in the periphery of Cairo.

Egypt, and specifically Cairo's Al-Azhar University, has long been an important destination for Chinese Muslims seeking Islamic learning. The earliest Chinese government-sponsored students to attend Al-Azhar were a group of four sent in 1931.Exchanges were interrupted during the Cultural Revolution, but resumed in 1981; the group of ten sent from China to Al-Azhar that year included three Uyghurs, six Hui, and one Kazakh. By 1992, that number had reached thirty-four students, of whom twenty-eight were Uyghurs.

China also provides scholarships to students at other universities, such as Cairo University; some students privately complain that the Chinese government prefers to sponsor those studying science and place various obstacles in the way of those studying religion. If student excel in their Arabic studies they usually chose to reside in Egypt, but for the most part they will return to China at some point in their lives.