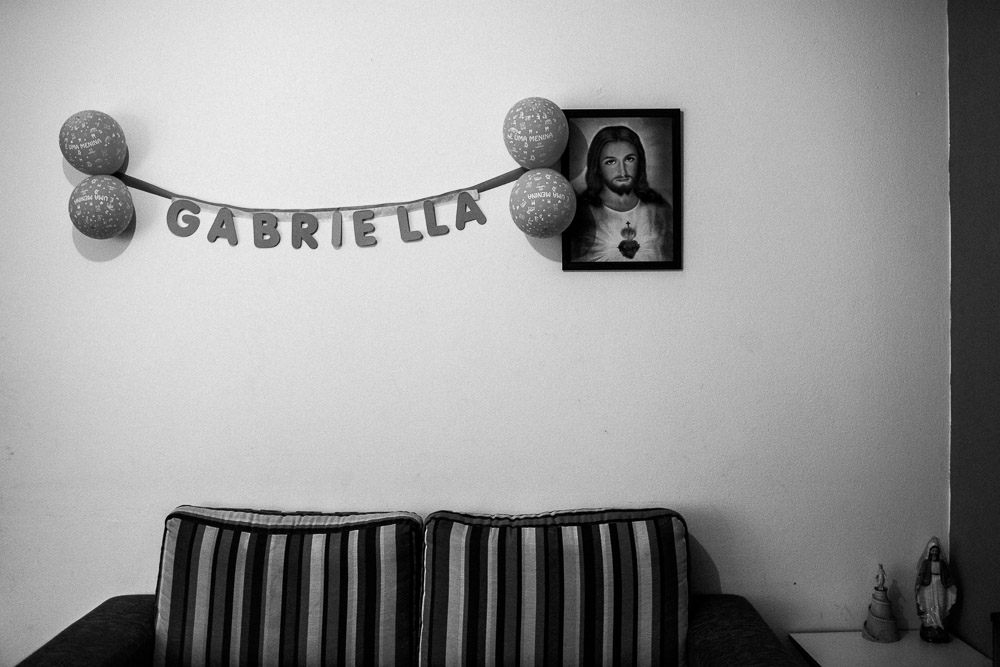 Born to refugee Christian Syrian parents, who prefer to remain unidentified, Gabriela was born October 29th in the neighborhood of Paraiso, in São Paulo. She is not only the first daughter, but the first born on Brazilian soil, and by law a Brazilian national. Her three older brothers ( Yasan 20, Anas 19 and Loran 16 ) opted to travel by sea from Syria and are now living in Germany. Gabriel's birth serves a symbol of her parents struggle and new beginnings in Brazil.

Her name recalls to many Jorge Amado´s novel "Gabriela - Clove and Cinnamon" which describes a romance between a Bahian woman Gabriela and an Arab man Nacib in 1925.